If the controversial curriculum is restored, a mass movement will spark across the country

The conspiracy of re-enacting Islam and anti-national issues in the curriculum cannot be implemented in any way. In the past, we changed many sweat and changed the textbook. Now, if necessary, give the fresh blood of the chest. Still, this conspiracy will not be allowed to implement.

On July 14 (Friday) protests against the conspiracy of textbooks, the program was organized by the central president of the Islami Shasantantra Chhatra Andolan GM. Ruhul Amin spoke above.

He also said, we have informed the government in different ways that some of the issues in the text are Islam and anti-national. So do not add that to the subject. The committee that the Education Minister has made to evaluate the textbooks has to be canceled and if any recommendation of the disputed committee will take place, the fires of the movement will burn across the country.

The central president urges the municipality and the Upazila Education Officer to complete the memorandum submitted to the police station on 20 July ’17.

Police obstructed demonstrations in Thakurgaon, Kishoreganj, Bogra, Jhenaidah and several districts, and tried to foil the rally. Police has taken our civil and political right by interrupting our peaceful procession .We are expressing deep condemn against the police barricade and the attack. 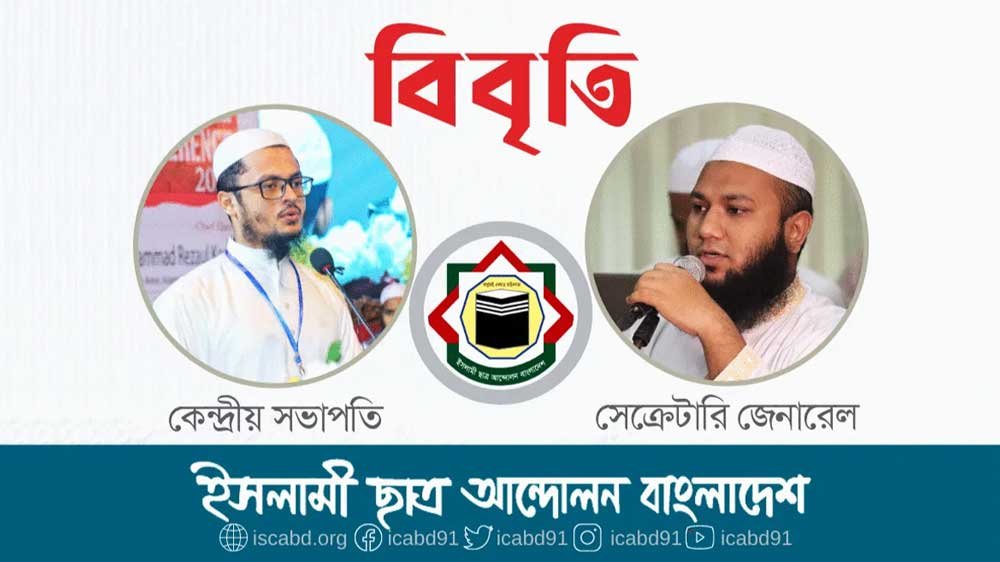 In order to build corruption and exploitation-free country, the student community will have to play the role of 1971

Fill in your details and we’ll get back to you in no time.